The dream job? "alternative" instructions for looking for it and recognising it! 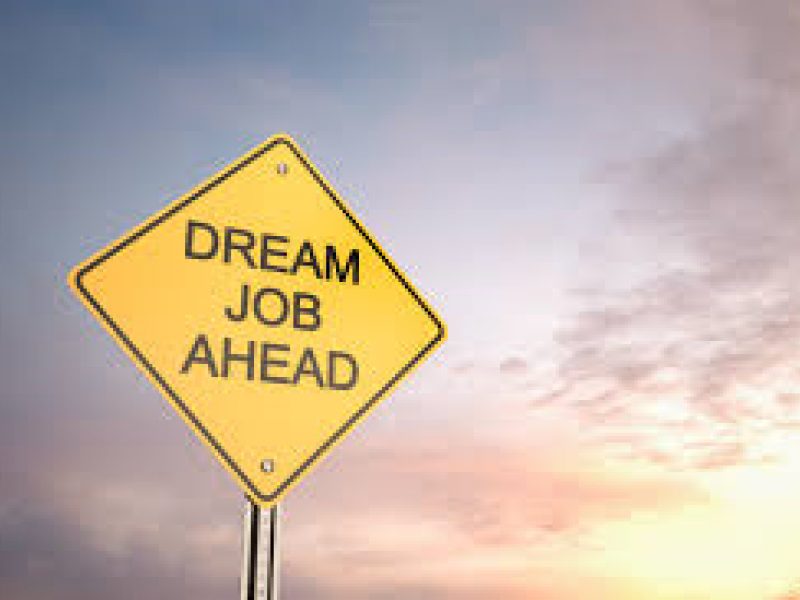 The dream job does exist

How do you recognise the dream job?

1. Be the best at something

Whatever it is you’re doing, no matter how insignificant it may seem, if you do it with excellence, you’ll be noticed.

It might seem obvious, but it’s far from it. There are two reasons for this.

a)  Firstly you prove that you can do something well. Be it cleaning, cooking, writing, talking, etc. And by recognising this and having others see it too, your self-esteem improves.

b)  If someone does something well it shows they are responsible, attentive, concentrated, know how to work with clients, etc, depending on the actual job.

One of my mentors once told me, “Just show up on time and do your job, and you’ll be ahead of 90 percent of the other people.”

You’ll probably have been surprised at one point or other to see a waiter greet you with a smile instead of concentrating on polishing clean cups or an assistant that knows exactly what to do even though they haven’t been working with you that long. They just do things, anticipating your requirements, exactly like you would have done them yourself. And don’t get me started about MDs who show up late to meetings and treat waiters like they’re inferior beings.

3. Do more than you’re asked—and do so cheerfully

And you can do the same. Look around your workplace and see what needs to be done. Is there a problem you might be able to solve? A mess you can clean up? A way you can improve things, not only for yourself, but also for others? Do more— it’s a great way to get noticed.

I recently had an assistant who had just started working. She had a good degree, but perhaps that wasn’t the right job for her. I asked her to look for coworking
centres in Milan and gave her a couple of examples. She later sent me an email with 4 names that didn’t include the main ones or even the examples I had given her, and she continued to do the same two or three attempts later. What did I think? Good thing she left! She could have prepared a Word or PowerPoint document with a nice list after doing a search on Google but she didn’t... And if she couldn’t perform this simple task how could I have trusted her with other things?

4. Say “yes” to things nobody else wants to do

Countless people have climbed the corporate ladder and found their perfect dream jobs this way—by taking on clients no one else wanted to deal with, doing dirty jobs, staying late, and working on holidays when everyone else was off having a good time. It might be unpleasant or even difficult, but it can solidify your image as a go-to person—one who can accomplish the impossible and work with the unmanageable.

If someone gives you a chance, take it. Whatever it might be and whatever point of your career you might be at. That’s my approach.

At the start of my career with Arthur Andersen when a critical assignment was
being delegated – because it involved travelling or was challenging – they would say it was a “tremendous opportunity”. We joked about this and said it was a “con”. But words always have a meaning. I know that now!

Whether or not you’re currently searching for your dream job, during your career, you’ll encounter many forks in the road—times when you can either play it safe or go out on a limb. In most cases, I think it’s best to go out on a limb; that’s where you’re more apt to reap the benefits. Hanging on to your current job because it’s safe and provides a regular paycheck can lead to years (or an entire career) spent stuck in the same position. In large corporations, there’s an adage that often holds true: To reach the next level, you sometimes have to go away and then get hired back. This means that the longer you sit in your current job, the more likely you’ll be viewed as a person who can handle only that position.

Nothing ventured nothing gained. I say this to women especially, because they often stop working to have kids or because they’ve just had kids or to support their husbands, who always seems to come first…

Live your own life and take your own risks. If you wait for someone to take notice of you… it’s never going to be enough!