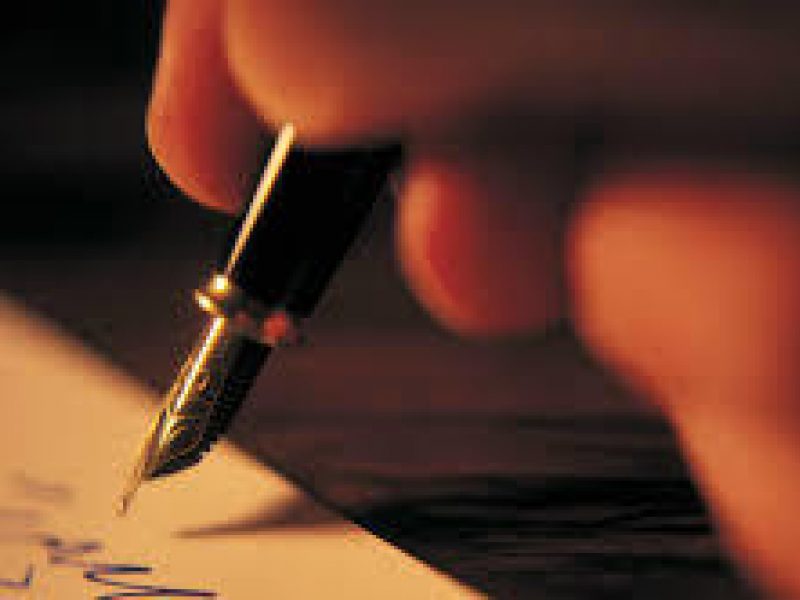 “Caro amico, ti scrivo..." [Dear friend, I write to you] Do you remember Lucio Dalla's song? In Italy you usually hear it around Christmas because it talks about the end of the year and plans for the new year. I remember it well because it references letters and when I was young, like many teenagers of my time, I kept a diary starting each page with "Dear Gigio". My diary became an actual person named Gigio to whom I could speak. Gigio was not real, he was an imaginary friend and in fact, I didn't even really care about his appearance. The important thing was that it “existed”.

In other periods of my life, I kept a diary.

There have been years when I worked away from home from Monday to Friday and my diary would keep me company.

There was a year when I had a significant job change and in that year, 2004 for the record, I even wrote a book, that to date has never been published, in which I essentially let off steam. I voiced my thoughts while I was looking for a job, while I was seeking a new professional path, while I was studying, while I was following courses, while I was meeting people and friends and networking. It ought to be read and published and perhaps one day I will do just that. However, it had enormous personal value for me because it helped me to express and write things I had been keeping inside - from the beautiful to the particularly ugly -to ponder them and move towards a new path.

There was another moment that I cannot quite place in time when a friend needed a trial client to counsel and would make me write pages upon pages between sessions. And also a psychotherapy session in which the psychologist asked me to write a letter each night ...

I recently read an article on the web entitled “Journaling can boost your leadership skills” by Eric J. McNulty and I found it was talking about me even before I had read it.

I know from experience that writing helps. It helps an individual in full and allows us to be aware of ourselves and therefore take ownership of ourselves. In other words, become leaders.

We are human and therefore analogical

Our lives are awash in digital. Each electronic pulse pushes us to respond instantly. Reply. Like. Share. There is seemingly no beginning and no end to the onslaught. But the beauty of the human brain isn’t its ability to render snap judgment and instantly weigh in on a topic electronically. Quite the opposite. Its greatest capacity is a higher level of thought: to process disparate bits of information, find patterns, and create meaningful dialog and action over time.

The world goes on and I am the first to argue that technology helps humanity. More and more women should study STEM subjects (Science, Technology, Engineering, Mathematics) because digital technologies empower business ...

Still "est modus in rebus" (there is measure in things). Becoming a slave to a smartphone is not great, just as it is not great to only have a virtual network or to only communicate in writing via email. It is now time to find a new balance between digital and analog technology.

How to unplug and return to being human?

A practice I have found useful, as have many of my executive education students and coaching clients, is centuries old: keeping a journal.

I mentioned earlier how many times I have used an actual diary.

The difference in perspective here is in using writing to be a leader and therefore being aware of oneself both as a person and as a professional/worker and not just as a "boss".

Setting aside as little as 10 minutes a day to record your thoughts stimulates reflection critical to making sense of the fast-moving world around you, which is, in turn, essential to effective leadership. As a leader, you are challenged to perceive patterns from which opportunities and threats emerge. This, in part, makes you worthy of following. (As in actually following you in real life, not just your online persona.)

The value of pen and paper

I have always taken notes, even in the most unexpected situations.

Do you want to laugh? In high school I took notes during political assemblies, this was a time when people were very involved in politics and in Milan the state high schools were particularly involved in this regard. It was impossible not to at least attend the meetings and so I started to take notes ...

There must be a reason and Eric explains it:

Despite our current proclivity for keyboards and powerful computer processors, journaling is an activity best suited for pen on paper. In this case, analog beats digital because writing something down by hand triggers a part of the brain, known as the reticular activation system, to pay close attention, and may improve retention. Tapping keys doesn’t have the same effect. Further, journaling engages the analytical, rational functions of the brain, which gives the more creative parts of your cranium space and time to work their magic. Neuroscientists have shown that this type of “mindful concentration” stimulates the parts of the brain that are active when not engaged in directed activity. This is why insights often pop up while you are in the shower, out for a run, or sitting with your journal.

Do not tell me this. There is always time for the things that count.

How much time do we spend on WhatsApp, on LinkedIn, on Facebook or, according to our personal tastes, other sites?

The time to write can always be found and I would also add that it is nice to have a notebook with paper and perhaps even a fountain pen. In short, view it as an exercise in relaxation, yoga, mindfulness, awareness, view it as personal pampering, as an additional coaching tip.

The trick is to see journaling as an opportunity, not a chore. It is, first and foremost, for you. Only when you are grounded in who you are — your values, purpose, aspirations, strengths, and fears — can you be the authentic leader worth following. Part of getting there is giving your brain time to process the onslaught of data with which it is barraged every day. Journaling helps you do just that, as it allows you to garner the benefits of both focus and “unfocus.”