How to make a good first impression and "live" with it! 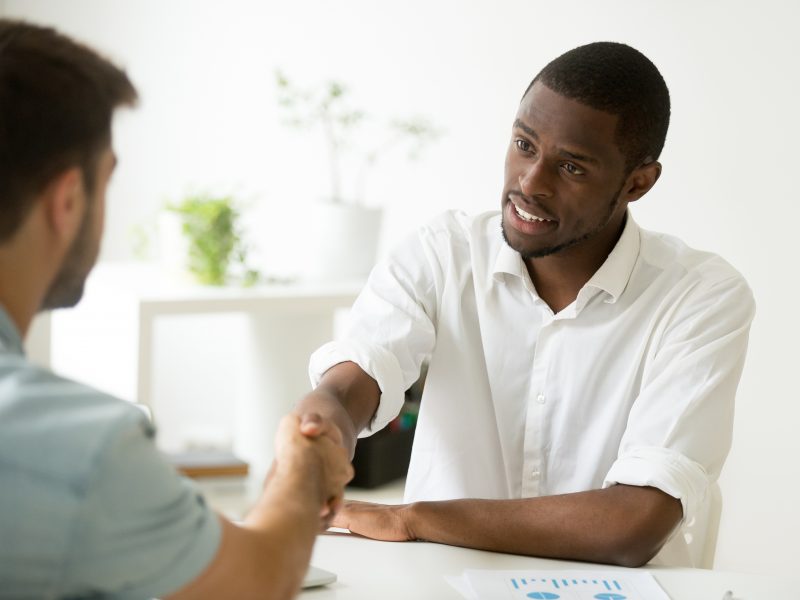 A networking event? Why not!

You are entering a crowded meeting room in a prestigious hotel in the city centre to take part in a networking event with people you do not know. You look around to get a first glimpse of the attendees, men and women scattered in the room chatting in small groups over a glass of sparkling wine. There are some who are on their own and seem more easily approachable. The waiters are offering finger food and drinks on silver trays.

If someone told you that you are facing a dangerous situation you would burst out laughing. Yet, the same mechanisms that were used to preserve the species for thousands of years are still triggered today, and in a split of a second you come to a judgement about the other persons that will unconsciously but deeply influence your mind and your future interaction. The caveman in you starts processing all incoming inputs in real time and jumps to a conclusion, which is no longer confined to the “dangerous-harmless criteria”. However, beware that in the same span of time all the other people in the room are also making their own assessment about you, which will likewise be very long lasting.

The dynamics of first impressions

The way in which first impressions are made has been widely investigated in psychology.

It is well known that that inexplicable gut feeling you are hardly aware of will have a very long life. Your mind tends to believe that the feature you have noticed the first time you meet someone is their general trait.

For instance: if at a restaurant your new acquaintance disrespects the waiter, you will automatically consider him overbearing and unempathic in general. When you see him again, since human perception is selective, you will focus on those behaviours that confirm your opinion rather than on those that contradict it.

That is how human mind works and that is why it is crucial to give your best when you meet someone for the first time, which often coincides with a job interview or a business or career opportunity.

ince this mental pattern is very old and deep rooted, it is mainly driven by non-verbal communication, which can be subdivided into two categories:

Visual cues: all the messages we convey at a visual level, such as our look, outfit, car, pc, etc., but also our body language, posture, gestures, eye contact, facial expression, proxemics*, etc.

They are contingent on the context, the culture and the relation among people.

It is fascinating to discover how many messages can be transmitted through a gesture, a glance, a facial expression, the way in which we occupy the space… and how they can be perceived differently based on culture, status, gender, relationship, etc.

A gesture considered ordinary in Italy can be ambiguous, inappropriate or even offensive in Japan. A direct and intense gaze might convey the idea of self-assurance and honesty in a continent and of impertinence in another. Furthermore, what holds true for a woman may not be applied to a man, what is generally accepted from your boss might be perceived as improper if coming from your assistant. Variables are endless.

These are subtle codes that we learn during our early childhood together with verbal language. If they are breached a sanction will inevitably ensue: negative judgement, estrangement, mistrust…

I am going to write a specific post to delve into some of these topics that I have always considered fascinating and that I am continuously investigating and experiencing first-hand.

These codes are an integral part of our expressive capabilities and are inextricably associated to cultural aspects.

If you were not significantly exposed to English as a child you will find it challenging to master these codes: a serious gap since a considerable part of communication contents are channelled through these inputs, which will be further investigated in a future post.

For example, a survey carried out in 2014 at the University of Glasgow by McAleer, Todorov, and Belin seems to demonstrate that a high voice pitch, in both men and women, is correlated to a perception of reliability and agreeableness, whereas a research project performed in 2012 at the University of Miami by Klofstad, Anderson and Peters showed that a low voice pitch conveys the impression of leadership or dominance.

As you can easily understand, these aspects defy self-awareness but heavily impact on our judgement.

Have you ever thought that you might deem a managing director resolute because of her low pitch or a politician reliable for the opposite reason?

I must admit that I had no idea at all before studying the subject, but you can rest assured that spin doctors, who are communication specialists at the service of politicians and VIPs in general, are very familiar with all these implications.

Our subconscious mind perceives much more than we commonly believe: evolution has taught us to identify any ambivalent or conflicting sign in our interlocutor…we immediately have the gut feeling that there is something wrong.

You have certainly experienced that feeling that there is something out of place as a result of a mismatch between verbal and non-verbal communication that acts as a warning sign and fosters distrust, especially when we have just met somebody.

In some cases, our suspicion is well-founded, in others it is not: our interlocutor might simply not master the language or cultural codes and use them inappropriately, as is often the case when you use a foreign language or address an audience belonging to a different culture.

A question spontaneously arises: how can you find your way in this maze of codes, especially if you have to deliver a presentation in English to an international audience?

The advice is always the same: self-awareness and preparation.

Identify your gaps and thoroughly prepare yourself.

This is the only way you can be fully self-confident and ready to focus entirely on your listeners, which is key to all types of communication.

This is the only way to show our appreciation, create a real connection and be authentically positive.

“Be yourself, appreciate, connect and be positive”: these are the three essential ingredients to make a great impression.

* is the study of how humans use space and distances when they are communicating.