Too late to jump back into the labour market? 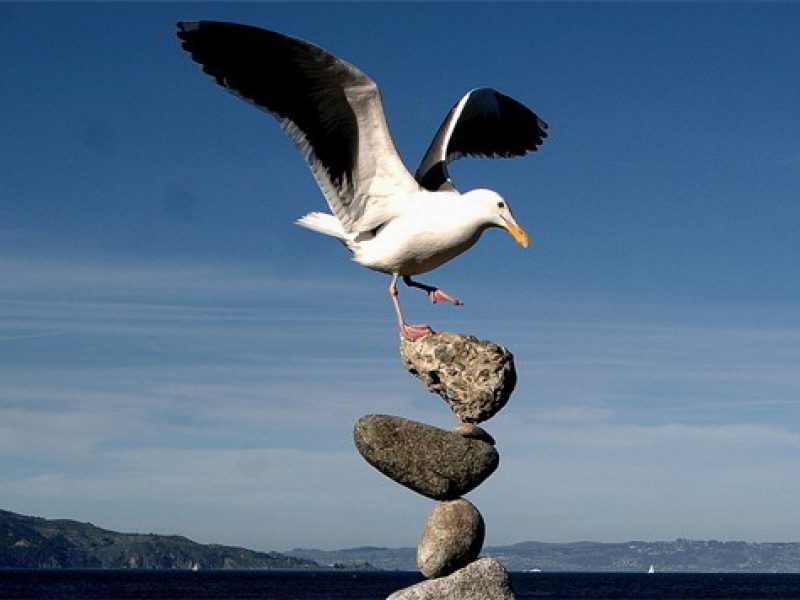 It's never too late to get your life back on track. Let’s start now!

The infamous "here and now" is not just a common phrase, but rather a very ancient spiritual concept.

In other words, it’s not just the gurus next door that preach the here and now, but since ancient times spiritual masters of all traditions identify the Now as the key to the spiritual dimension.

If you go to church you will have heard during the reading of the Gospels phrases like:

No one who puts a hand to the plow and looks back is fit for service in the kingdom of God.

– From the Gospel according to Luke 9-32

In a similar way, the whole essence of Zen consists in the art of walking the thin line of the Now: being completely present for oneself, in every moment of one's existence, so that no problem, no suffering, nothing that is not part of your essence can survive  within you. In order to divert the attention of his students from the passing of time, the great Zen Rinzai teacher often raised his finger and asked slowly:

A powerful question to bring their attention acutely into the Now.

An analogous question typical from the Zen tradition is this:

Now is central to the tradition of Sufism, the mystical branch of Islam.

The Sufi is a child of the present time.

The great Persian poet and master of Sufism, Rumi, writes:

Past and future veil God to our sight; burn them both with fire.

And again Meister Eckart, one of the most important theologians, philosophers and mystics of the Christian Middle Ages, summarizes all this with a wonderful quote:

Time is what keeps the light from reaching us. There is no greater obstacle to God than time.

For more information read the article "Here and Now".

I often meet people who are not satisfied with their professional life and ask themselves: "Is it not too late?"

I'll give you an example: a middle-aged woman, who had always been self-employed and who now runs a successful and established business, contacted me after finding me on the web.

Was she going through a midlife crisis? ... I did not investigate, I am not a  psychologist despite having the training, sensitivity and maturity (or to put it succinctly the emotional intelligence) to look at a person and their problems as a whole.

This person - let’s call her Paola to keep it simple - is not unhappy with her work, she simply wants to do something different or try a novel approach. She has been thinking about this for a while. ... but she has never taken the decision on her own. Having discovered about career coaches, she decided to contact me.

My answer is that ... if you can do something you should do it. One must take life back into their own hands and live every year, even every minute. Even at age 56, even if you’re living in Turin, even if you’re already an architect.

First of all, I did the same thing when I was 42, living in Milan as an engineer. I am living proof of what others can achieve with the right support. My husband is another example. And we are normal people.

There are people like Paola or myself who as "baby boomers" have had good careers, which is what we all expected we started working after finishing university.

Too bad that the "baby boomer" generation at the age of 50 can no longer rest on their laurels like our fathers or mothers. Not only do we have decades of living ahead but we also several years of work. And we have the energy to do it, even though it may be a different type of energy.

So, take your present into your hands, analyse yourstarting point, today, and define where you want to go and, therefore, whatpath you’re going to take.

and our culture would prefer to see you at home withfewer "worries" on your mind.

So we’ve thought about words, looked at philosophy and tried to be imaginative.

Vision without action is a daydream, action without vision is a nightmare.

Analyse what you have done, and what you know, and elaborate on this in order to propose it to the market, perhaps in a new and alternative way. Look at some things you have just begun and ask yourself if they’re worth pursuing.

Get help from an experienced external person who can act as a "sparring partner", offering you another point of view, and stimulating you by telling you about the experiences of others they may have guided.

Identify the possible routes, analyze them, put them in order: priority, feasibility, desirability, ...

And then make a plan.

And finally get going.

And - step by step - you'll see that you will get there. Guaranteed!

You’ll see it for yourself and soon enough you’ll be the one confidently stating: "I can do it!"