Is it impossible to find your dream job? 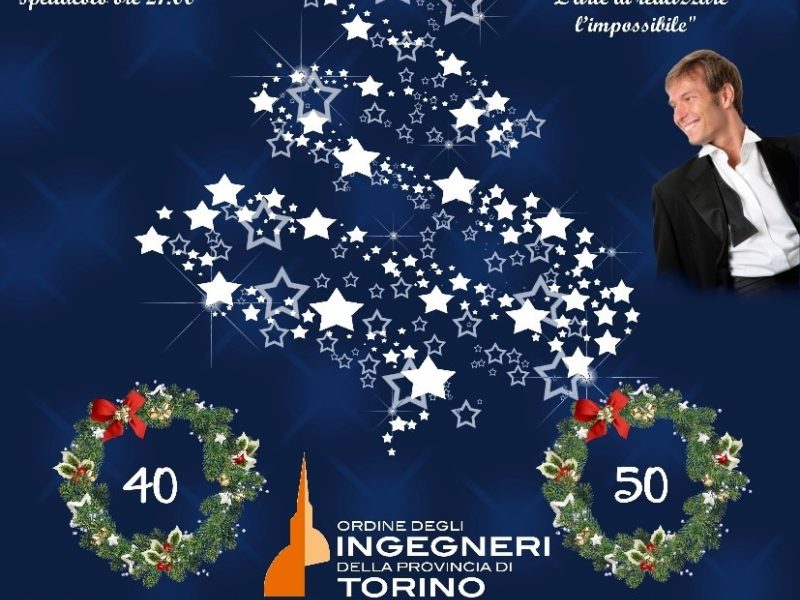 “The art of achieving the impossible”

I am registered with the Association of Engineers in Turin, because, even though I went to university in Milan, I later moved to Turin and had to transfer my registration to the local association.

I have a friend in Turin, who is also an engineer, who has always spoken enthusiastically about the Christmas party the Association organises at the same timer as the award ceremony for “older” graduates (aged 40 and over!).

The Christmas Party of the Association of Engineers of Turin

This year I didn’t want to miss out! I was pleasantly surprised.

Apart from the event itself, the excellent organisation, the prestigious location, the very large number of participants, I really liked the idea of using a party to organise a training event.

Indeed, the Association organised its party at the Alfieri theatre and invited Walter Rolfo, a trainer who is also an engineer and magician. The show Rolfo presented was entitled “The art of achieving the impossible”.

Aside from this being a great show and Walter Rolfo being extremely good at engaging the audience, the message I picked up was that:

The show combined inspiring talks and incredible magical tricks. I really had the impression that even engineers can do incredible things and everything is the result of willpower, hard work and determination. In engineering, magic and life itself …

Instead of this being a sermon it was a show that I really felt part of. But, as a Catholic, I couldn’t help feeling a little sad. Why is it that beautiful stories, interesting words, reminders to perform good actions, and to be oneself and strive to live one’s life fully are now delivered within a secular as opposed to a religious setting? It’s not entirely negative but religious feeling enhances a message in an “incredible” manner and I wish religious feeling were more widespread…

From a professional perspective, I enjoyed the event because the message that everyone has a potential to uncover and can do great things is perfectly in line with what I believe as a coach.

We can train, advise, recommend, facilitate or act as mentors, but the effectiveness of what we do depends largely on our convictions on human potential.